In Memory of Jim Phillips

In Memory of Jim Phillips 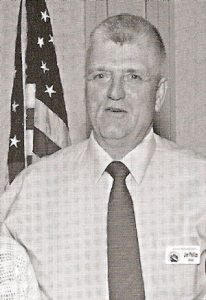 It is with great sadness that we must announce the passing of one of our finest, ABS board member and great friend Jim Philips

He began his working career as summer help at the Campbell Soup Company in Camden. He later became a police officer with Camden City Police Department where he served for 37 years, retiring as a Lt. Jim served most of his career as a member of the SWAT team as operator, supervisor, and later commander of the unit. He also worked for five years with Det. Robert Volpe of the NYPD on America’s first art recovery team.

He is the owner of Phillips Publications, a company dedicated to the preservation of the history of U.S. Military elite units.

Jim was a member of the Chute & Dagger Assoc. and the Special Forces Assoc. He served on the board of directors for the American Bladesmith’s Society and the Military Freefall Assoc.

About the Author: ABS Administrator