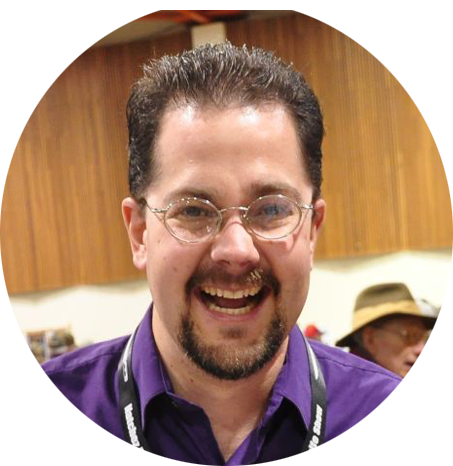 Biographical Info My Grandfather John Zalesky was an avid hunter, shooter, and home workshop machinist who liked to trade, restore and repair guns; especially single shot rifles. My Dad, Garry, got out of the Navy not long before the Gun Control Act of 1968 and decided that collecting knives would be a lot less hassle. He started with U.S. military knives, then moved on to pocketknives, hunting knives, and finally bowie and folding bowie knives (the last of which he still collects today.) He made a few knives starting in the ‘60s, and between the late ‘70s and the mid ‘80s made about 200 handmade knives by the stock removal method. We would set up at the local gun shows, he mostly with his handmade knives and me with mostly antique pocketknives I tried to \"buy low and sell high.” His diverse knife experience was like having a \"knife tutor\" in the house, and there were plenty of knife books and magazines around which were very inspiring to me. I caught a lot of grief for reading his knife magazines after school, before he got home from work! Dad wrote a handful of articles about knives for publications like The Antique Trader and National Knife Magazine, and by the time I got to college I figured that if he could write articles I could do it too – so in 1989 I started sending them in to Knife World. Knife World editor-publisher and ABS Hall of Famer Houston Price and I bonded immediately, and when he decided to retire in 1997 he came looking for me as the next editor. I dropped my career as an Environmental Chemist like a hot potato, so I could play with knives full-time. Since then, Knife World has become KNIFE Magazine – the biggest and “prettiest\" knife magazine in the world, and we are still working on what we believe to be the best single online resource for knives at www.knifemagazine.com. I became an ABS board member in 2011. As one of the few non-knifemakers on the Board, I feel that my role is to bring to the table a broad view of the industry and to use my industry connections to \'make things happen\' as needed. This is an exciting time for the forged blade and the ABS, and I strongly feel that the ABS’s educational goals should go beyond training knifemakers to educating the public about the forged blade. My wife Chris and I have been married since 2007, and many of you have met our son John (named for his grandfather, among others). As many of you know, I love to collect, research, and write about antique bowie knives above all else, and you may find me teaching about historical bowies and other knives at events like the Batson Bladesmithing Symposium or the ABS Mid-America Hammer In. I also collect other types of knives such as handmade bowie reproductions and classic older handmades, knife books and historic ephemera, and even other things like vinyl records and cast-iron cookware... ostensibly for my wife (you could say that collecting is in my blood). I also like metal detecting, restoring antique knives and doing other detailed work with my hands… but not making knives, I’ll leave that up to the rest of you!